We anticipated it, enjoyed it, and remember it!

Can you believe it? We wait two years for the 2021 Carolina Jaguar Club’s Concours and within four days, it’s history. But, what a wonderful four days, even the weather cooperated. The brief period of “English fog” that rolled in on Saturday morning simply reminded us of the origin of our beautiful Jaguars.
This event happened because of the efforts of a lot of people. The following are some of our CJC members I wish to thank:
As you arrived, you were met with a welcoming, smiling face at the registration table. Eric Dunn, Brad and Barbara Merlie, Nan Tester, Don and Peggy Koepnick, Ted and Sindy Hill, Kevin and Nancy Willis all participated in making sure everyone was cared for and warmly welcomed. As membership chairs, Kevin and Nancy wanted to especially greet our new members and make them feel welcome and comfortable.
Mark Lovello certainly livened up the hotel lobby and put a smile on everyone’s face as they entered the registration area and saw that beautifully restored red “Little E” car. Mark stated these were not sold in the US, only in England and Europe. Thanks Mark, for bringing the car and adding so much excitement on the 60th anniversary of the E Type. We also appreciate Mark and Jaguar South for being one of our sponsors along with Hendrick Jaguar of Charlotte, Moss Classis Jaguar, and Motor Car Traders. These sponsors make possible those very much enjoyed cocktail hours.
Judy Meyers did a wonderful job of researching locations and arranging the details for the Friday drive event. The barn quilt tour, the art gallery, and Pig and Grits proved to be enjoyed by all. Thanks Judy.
Our Friday evening honor of Jerry Cohen was made possible by Richard Lloyd-Roberts, Diane DuFour, and Bill and Margaret Bingham. The display of Jerry’s work in the lobby was the result of the Bingham’s creative talents. I thank each of these folks for devoting the time and effort required to deliver this much deserved recognition.
Steve Thomas, Chief Judge did marvelous work in preparing for the Concours. But at the end of the awards ceremony on Saturday evening, Steve’s work is only half done at this point; JCNA reports, final tabulations, and mailing each entrant his or her score sheets so they can see where improvements, if any, are needed. He and Mary Ann spend many, many hours completing the wrap up.

Steve assembled a top notch judging army made up of four member championship class teams and three member driven class teams. A big thank you is sent to each person who served as a judge. This is a job that requires study, testing, and sacrifice. They get to work while the rest of us walk around and enjoy the cars. These dedicated individuals are: Jerry Cohen, Don Koepnick, Tom Wright, Mark Lovello, Alan Taylor, Philip DiTrolio, Rick Wotring, Harvey Ferris, Dave Morgan, Ted Hill, Robert Eberle, Mike Meyers, Greg Gaylard, and Barry Harms. Brad Merlie was standing by “in the wings” just in case Steve needed him.

And also thanks to the runners, Phyllis Watts, Dee Wotring, Lorraine MacArtor, Jamie Lovello, and Ron Weaver who took the completed score sheets from the judges, reviewed them for JCNA rules accuracy, and delivered them to the scoring team of Ken Watts, Carol Chase, Barbara Merlie, and Neal MacArtor.

This year, as we moved the show field from the grass to the parking lot, Rick Wotring stepped up to create an electronic layout which provided placement assignments for each judged and display car. It worked beautifully. Another reason Saturday’s loading the field worked so well was due to Bill and Margaret Bingham. They assisted in preventing non-authorized cars from entering the parking lot as well as helping individual entrants in positioning their cars in a way that enhanced cleaning and judging.

The parking lot itself proved easier to manage than the grass lawn (especially with grass slippery and wet with heavy dew) and also provided a safer walking area. In many ways, what we initially thought would be a negative, turned out to have several advantages over the grass.

Saturday evening’s award banquet was enhanced with the expertise of Sindy Hill organizing the layout, prepping the room, and creating an organizational flow. The video and photos of award winners was created by Richard Lloyd-Roberts with Lorraine MacArtor, Bart Groeneveld, Brad Merlie, and Richard serving as the event photographers. Colleen Lloyd-Roberts and Steve Thomas managed the awards. These people just made things go smoothly, and I appreciate each of them.

Gary, Jordan, Nathan, Whitney, and Kody of the Switzerland Inn made certain that our every wish was granted. They are wonderful people to work with, and I thank them very much.

Brad and Barbara Merlie came to Little Switzerland early on Wednesday to assist Nan and me with the last minute details such as stuffing packets, hanging banners, setting up the registration table, etc. They also helped in other ways throughout the event. I am very grateful to them. We are fortunate that Brad is taking over as Chair of the Concours Committee for 2022, and perhaps even more so that Barbara is there to make sure things are perfect. As a club, we are in such great hands going forward! Thank you Brad and Barbara.

As you can see, it takes a lot of dedicated people (over 40!) to produce an event like the Concours. It has been an honor for me to serve you as Concours Committee Chair for the past three years, and I thank all of the dedicated people who worked so hard this year and also the past chairs Greg Gaylard, Harvey Ferris, and David and Rhonda Ballard, for their guidance and paving the road for me.

Thanks to the work of all the previous chairs over the years, our Head to the Mountains Concours has been called the “best Concours in the JCNA” (the words of others, non-members of the CJC). It is made possible only by all of us working together, and it’s only going to keep getting better and better. 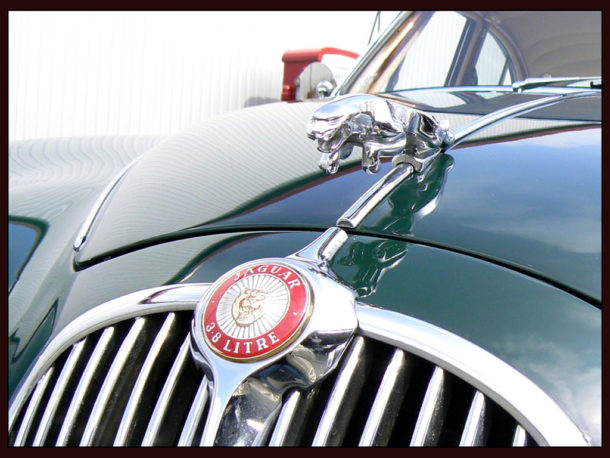